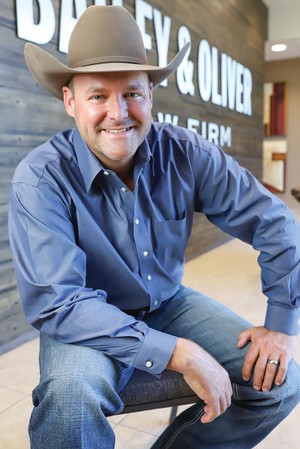 Sach Oliver Selected as Arkansas’ Trial Lawyer of the Year

Little Rock, ARK—At their 59th annual convention held this year in Eureka Springs the Arkansas Trial Lawyers Association gave Rogers attorney Sach Oliver double honor. Oliver was selected to lead the organization taking over from outgoing president, Carter Stein of Little Rock. Oliver is the organization’s 54th president. It was founded in 1963. In addition, to being selected as the new president, Oliver received double recognition by also being named this year’s Trial Lawyer of the Year. He was honored along with the rest of his successful trial team. According to the association, the Bailey and Oliver Trial Team was selected for this award due to their unwavering commitment to the citizens of Arkansas in the courtroom and continually work to protect the 7th Amendment, the right to a civil jury trial, for all Arkansans. This prestigious award is given annually to honor the attorney(s) the organization considers the best trial lawyer practicing in the state. Oliver was selected for his successful victory in the high profile “Old Dominion case”. Oliver and his team represented six first responders in St. Francis County, who were tragically and unnecessarily exposed to toxic, hazardous chemicals that caught fire at the scene of an accident. The accident, involving one of Old Dominion’s trucks caused the first responders, including volunteer firefighters, county deputies, and state troopers to suffer permanent, life altering injuries. The jury found that Old Dominion, the nation’s third largest trucking company, had failed to follow federal rules and regulations regarding the accident. Mr. Oliver said, “This case was especially heart-wrenching because it involves our real life heroes. Every day, heroes in uniforms show up when we are all facing tragedy and they help us. In this case, one company’s neglect and disregard for the rules put these first responders at risk, causing them irreversible damage. I’m extremely proud of our entire team of talented lawyers and staff who together fought to make sure these heroes’ efforts were not in vain.”

At the end of the association’s annual convention, Oliver took the reigns of the organization, serving over 1,000 members statewide, who are located in all 75 counties of Arkansas. In addressing the room full of attorneys the new president acknowledged the importance of their work. “Lawyers are often the voice of those who have none and it is the effort of servant-minded lawyers who help give hope and recovery to Arkansans facing some of the most difficult situations.” “Our work matters, “ he continued, “because every day we have the privilege to show up and make our communities better, our state better, and most importantly the lives of real people better.” Oliver committed to focus on helping the organization better serve its members and working diligently to ensure the voice of members and their clients are heard in the political and legislative process.

Executive Director Stephanie Malone said, “It’s unusual for the lawyer of the year and the newly selected president to be the same person; but that’s just how special Sach Oliver is.” She continued, “Sach is a team builder and has the ability to build great teams and coalitions for cases to achieve what seems impossible. Combining that with his skills as an attorney really is a sight to behold but above all he’s a servant. In Northwest Arkansas he’s devoted to putting on events for charity causes, giving back to organizations like Sheepdogs, and other veteran causes. It’s his insistence to put others first that really makes him stand out and I know our members will benefit from that in the new year.”

The Arkansas Trial Lawyers Association is a professional trade organization serving attorneys across the state and working through advocacy to protect Arkansans when wronged. 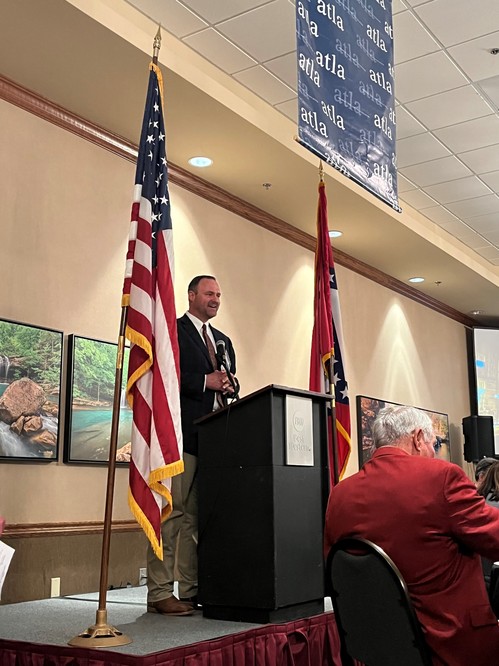