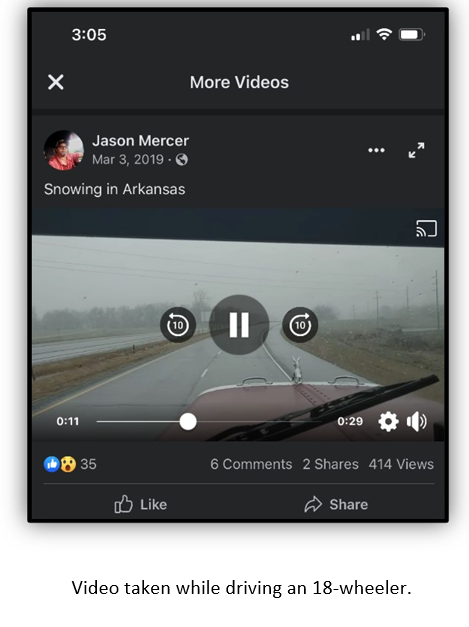 On August 28th, 2020, around 4:00 p.m., an 18-wheel cattle hauler was traveling west on Interstate 40, approaching the area of entrance ramp 13 to Interstate I-49 and exit ramp 12 when it made an unsafe lane change striking the rear of a Dodge Charger being driven by Mariann McCause.  The McCause vehicle was travelling west at entrance 13 entering Interstate 40.  The ramp is a dual-purpose ramp with entrance ramp 13 merging into exit ramp 12 at the same time.

The 18-wheeler’s right front steer axel tire struck the left rear portion of the McCause vehicle causing it to rotate counterclockwise and forcing the Charger to be horizontal to the front bumper of the big truck.

Jason Gerald Mercer, driver of the cattle hauler and employed by Smith & Waller, LLC, continued west bound, pushing the McCause vehicle approximately 1208 feet from the ramp lane to the middle lane of the roadway.  When Mercer finally stopped his truck, the McCause vehicle came to rest in the middle lane facing southeast, still connected to the 18-wheeler’s front bumper.

According to the complaint filed by Bailey & Oliver Law Firm on behalf of Mariann McCause, Jason Gerald Mercer has a history of traffic violations including

In addition to having multiple violations and a suspended license on Mercer’s driving record, he also enjoys operating his tractor-trailers while taking videos and pictures with his cell phone and/or video camera.

How common is the practice of taking photos or shooting videos while behind the wheel of a big rig?   More common than you think.  Jason Mercer was taking photos and videos while driving then posting to his social media sites  (See photos).

As far back as 2011, the Federal Motor Carrier Safety Administration implemented restrictions for cell phone use in commercial vehicles.  The FMCSA updated a posted with following on their website, December 30, 2013

A new FMCSA rule restricts the use of all hand-held mobile devices by drivers of commercial motor vehicles (CMVs). This rulemaking restricts a CMV driver from holding a mobile device to make a call, or dialing by pressing more than a single button. CMV drivers who use a mobile phone while driving can only use a hands-free phone located in close proximity.

The complaint also states that according to the Safety Measurement System (SMS) data, Smith & Waller, LLC, maintains only two tractors, a handful of drivers and vehicles and has had eight (8) violations in two years.

Evidence is clear in the complaint indicating a case of ordinary negligence, negligent hiring, negligent training, negligent supervision, negligent retention, and recklessness on the part of Jason Mercer and Smith & Waller, LLC. 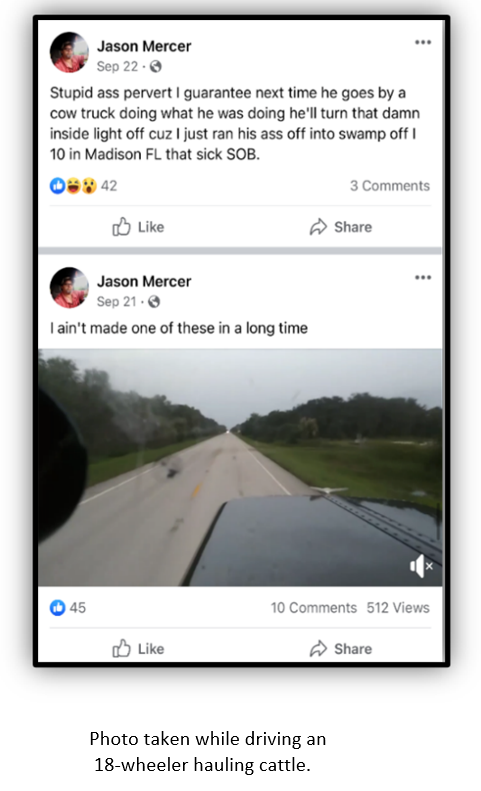 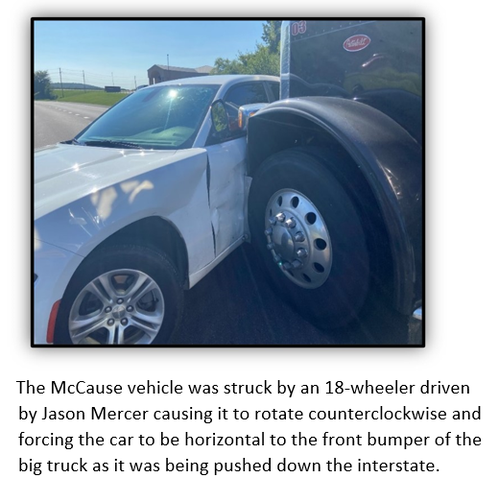