When safety measures are not followed, accidents can happen.  Many times causing irreversible damage to workers and non-workers.  Read about the tragic results of this mini crane accident and the injuries caused by lack of equipment training. 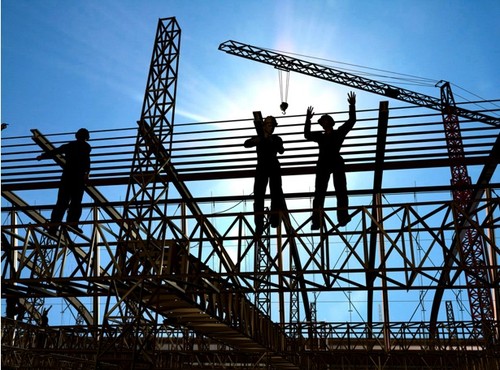 After a mini crane fell and seriously injured two employees, Western Waterproofing Co. Inc.—doing business Western Specialty Contractors—is facing citation by The U.S. Department of Labor’s Occupational Safety and Health Administration (OSHA) as well as criminal charges for some of its top-level employees.

On June 25, 2018, St. Louis-based Western and its employees were handling a façade installation on a luxury residential mixed-use building in New York City. The Manhattan district attorney says in a written press release that the site’s superintendent, Terrence Edwards, directed an ironworker to use the mini crane on the fourth floor to hoist glass panels up from the second floor. The operator had not been trained to use the mini crane, did not understand the crane’s load capacity and was not told to tether the mini crane, the district attorney says.

Edwards directed two ironworkers to work from the floor below the crane, guiding the panels into place as the crane operator hoisted them up, the district attorney says. As the crane lifted a heavy glass panel, it lurched forward and capsized before falling to the ground. As it fell, the crane’s boom reached into the third floor, where it knocked into one of the ironworkers, breaking his harness and catapulting him to the ground. That employee suffered severe trauma to his head, resulting in a traumatic brain injury which has affected his ability to speak and to walk. The other ironworker was struck in the back, and suffered severe spinal injuries impairing his ability to walk and move.

“This employer knowingly put workers at risk by failing to ensure that the crane was operated by a competent person,” says OSHA’s Manhattan Area Office Director Kay Gee in a written release. “Effective training of employees, knowledge of equipment’s limits and correct operation of equipment are critical to preventing injuries.”

Separately, the Manhattan District Attorney’s Office recently announced a Deferred Prosecution Agreement (DPA) with Western and the indictment of the company’s project manager, Timothy Braico, and Edwards with second-degree assault charges in connection with the incident. The district attorney says in a press release that Western cooperated in the investigation and subsequently entered into the DPA. In the DPA, the company agrees to retain an independent monitor, enhance safety training for its workers and fund public service announcements in English and Spanish to educate workers around New York about their right to a safe workplace.

“158,000 New Yorkers now make up our city’s construction workforce. It’s these workers who build and grow our city, and it’s these workers who pay the price when construction supervisors cut corners in order to build faster. In doing so, they not only endanger the lives of their workers, but the lives of the pedestrians and cyclists that live and work around these sites every day. As alleged in this case, these defendants knowingly skirted Department of Buildings (DOB) safety protocols to speed up their project, resulting in devastating, life-changing injuries for two workers when a mini crane fell from the fourth floor, catapulting one as it hurtled to the ground,” says Manhattan District Attorney Cyrus R. Vance, Jr., in the written release. “As the use of these remotely operated, lightweight cranes continues to grow, contractors must ensure their workers are trained and their plans are DOB-approved, and always make sure these dangerous pieces of equipment are securely tethered. Those who fail to follow building regulations and recklessly kill or maim their workers will be criminally prosecuted.”

DOB Commissioner Rick D. Chandler calls the incident “one of the most appalling safety lapses in recent memory.”

In July 2017, in response to the increased use of mini cranes in New York City, DOB announced stricter regulations requiring crane operators to be trained for the specific make and model of the crane they operate, in addition to the existing requirement that contractors submit engineer’s plans demonstrating how the mini crane will be used – including where it will be tethered – before work may commence. The district attorney says Braico ordered the mini crane to be delivered to the worksite, even though none of the workers were trained to operate it and Western hadn’t yet obtained DOB approval for its engineer’s plans.

Western has 15 business days from receipt of the citations and proposed penalties to comply, request an informal conference with OSHA’s area director, or contest the findings before the independent Occupational Safety and Health Review Commission.

If you or a loved one have been injured or killed in a crane accident, you should know your legal rights.  Crane accidents many times are complex and can involve numerous parties who may be liable.  The attorneys at Bailey & Oliver understand the complexities of crane accidents.  Call us today (479) 202-5200.