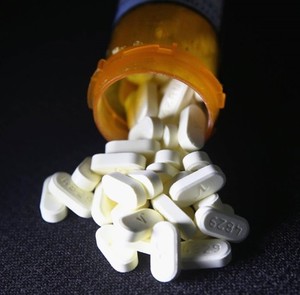 Mississippi, who pioneered the tobacco litigation, has filed a lawsuit against the manufactures of opioid drugs.  According to the Centers for Disease Control and Prevention and the U.S. Department of Veterans Affairs there have been more deaths due to opioid overdose than the total killed in World War I, the Korean War, and the Vietnam War combined.

Richard Ausness, professor for the University of Kentucky College of Law, has written about the opioid lawsuits.  According to Professor Ausness, the product liability laws generally protect companies that manufacture FDA-approved drugs from lawsuits by individual victims, but the drug makers can be sued for negligent marketing, and fraud.  That is why plaintiffs are using the pleadings in tobacco cases as templates for their claims.

Drug makers have been able to sell these opioids without blame for more than twenty years, but that is about to change.  A growing number of lawsuits such as in Ohio and Mississippi allege these drug makers used deceptive practices so they could make huge profits while lying to the public and doctors about the risk for addiction.

So far, the biggest blow to Purdue, the maker of OxyContin, came in 2007 when it agreed to pay $635 million to settle criminal and civil charges by the federal government for misleading regulators, physicians and patients.  In that case, three Purdue executives pleaded guilty to criminal misdemeanor charges of “misbranding” and paid $34.5 million in fines.

Earlier this year, the city of Everett, Washington filed a lawsuit based on investigation reports by the Los Angeles Times.  That litigation accuses Purdue of supplying OxyContin to “obviously suspicious physicians and pharmacies and enabling the illegal diversion of OxyContin into the black market, including to drug rings, pill mills and other dealers for dispersal of the highly addictive pills in Everett."

That lawsuit claims Purdue failed to notify the Drug Enforcement Administration about what company officials believed was a drug ring and instead pocked enormous profits at the expense of Everett citizens.

According to many of these lawsuits the nation’s opioid epidemic began in 1995 when the FDA approved OxyContin, and Purdue began to market OxyContin with doctors.  By 2000, sales had grown from $48 million to $1.1 billion.  With only 5% of the world’s population the United States began to consume 80% of the world’s prescription opioids.

The lawyers at Bailey and Oliver are closely monitoring these lawsuits.  If you are interested in more information call us at 479-202-5200 or just drop by.  We are located at 3606 Southern Hills Blvd., Suite 200 in Rogers, Arkansas.

Are Drug Companies and Pharmacies the Root Cause of our Opioid Crisis: https://www.baileyoliverlawfirm.com/news/2017/aug/24/are-drug-companies-and-pharmacies-root-cause-our-o/

Why Has the Number of Babies Born with Neonatal Abstinence Syndrome Quadrupled Over the Last 15 Years?: https://www.baileyoliverlawfirm.com/news/2017/aug/21/why-has-number-babies-born-neonatal-abstinence-syn/