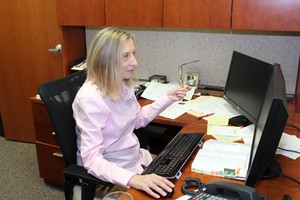 To get a case ready for trial, both the plaintiff and the defense conduct the process of discovery. It’s a formal process by which both sides must exchange information to collect the evidence they will need to present at trial. The discovery stage can be complicated and time-consuming. The process is governed by court rules of evidence, and there are many legal strategies that can come into play.

After filing the case in a formal Complaint to the court, the process of discovery can begin. The two main methods used are:

1) Written form between the plaintiff and defense attorneys.

2) Formal deposition testimony, which is usually recorded by a court reporter and/or videographer.

The plaintiff and the defendant attorneys ask for detailed information in the form of written Interrogatories, Requests for Admissions, and Requests for Production of Documents. Each party is allowed a certain amount of time to answer and produce documents. The rules of discovery allow them to object on certain grounds and delay or refuse to provide the information requested. At this point, the judge can intervene and the information must be disclosed.

As the discovery is produced, it is organized and readied for presentation at trial. All discovery, when produced in this regulated process, is allowed to be used at trial.

A subpoena is a written court order requiring the other side or a third party to testify or produce physical evidence such as documents or records. When a subpoena requires a party to testify in person, they will come at an appointed time and place to give recorded testimony under oath. A court reporter takes down all the testimony, and often a videographer records everything for later review. Clips can be made from the video, and all the pertinent parts of the written report and the video can be used at trial.

The period of discovery can continue so long as the judge hasn’t issued a Scheduling Order. When that Order is issued, a deadline is set for completing discovery, and the pre-trial discovery period ends.

Deposition:  the process of giving sworn evidence: "the deposition of four expert witnesses"; a formal, usually written, statement to be used as evidence.

Interrogatories:  a discovery device used by a party, usually a defendant, to enable the individual to learn the facts that are the basis for, or support, a Pleading with which he or she has been served by the opposing party.

Pleading:  a formal statement of the cause of an action or defense.