We have a great team at Bailey & Oliver Law Firm and we would like for you to know us a little better. Each week you will have an opportunity to learn more about one of our attorneys or other team members. Learn more about attorney Geoff Hamby in this week's blog. 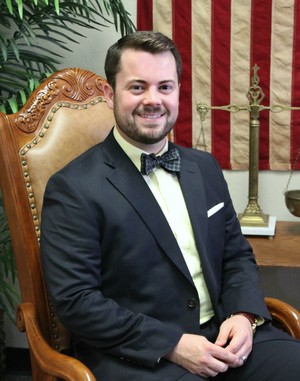 Geoff Hamby is named after his father, Jeff Hamby, but was given the British spelling of the name to avoid the stereotypical Arkansas nickname, “Junior.” He grew up in Van Buren, Arkansas as the oldest of 5 children. He knew he wanted to be a lawyer since he was 12 years old and sat in on a Civil Procedure class that his mom was taking while working her own way through law school. His lifelong love for the law is only matched by his love for his wife Moriah, a 7th grade school teacher, and his love for the game of golf.

While a student at the University of Arkansas School of Law, Geoff was the President of Chi Alpha Christian Ministries for two years, the Student Bar Association Public Service Officer, organized and ran the Judges and Lawyers Assistance Program fundraising golf tournament. He was a two-time member of the law school national trial competition team and received first place in the closing argument competition. Geoff accomplished all of this while being named to the Dean's List for every semester of law school.

As a trial lawyer, Geoff works as a member of the catastrophic injury team. He works primarily on tractor-trailer, construction worksite, and medical malpractice cases. Geoff’s daily tasks can range from all types of depositions to videotaping damage witnesses or helping with I.T. issues. He also enjoys public speaking and presenting at CLE programs. In February of this year, just 5 months after becoming a licensed attorney, Geoff gave his first continuing legal education presentation to over 70 attorneys during a program hosted by Bailey & Oliver Law Firm in Hot Springs, AR. Since that time, Geoff has been asked to speak to the Kentucky Association for Justice about taking depositions in trucking cases, the Arkansas Trial Lawyers Association, presenting on Communicating with Conservative Jurors, and at the American Association for Justice's (AAJ) Annual National Convention in Los Angeles. Geoff is the youngest member of the AAJ's Republican Trial Lawyers Caucus. Geoff is quickly making a name for himself as a high level attorney representing individuals who have been wronged as well as a world class presenter and public speaker.

Geoff believes wholeheartedly in giving back. He and his wife volunteer with their local church in numerous ways and are part of the small group leadership team. Geoff also works with the First Tee of Northwest Arkansas helping to instill core values like honesty, respect, and kindness in the children of his community.

One of Geoff's favorite things about his job is getting to go out into the community and interacting with his clients and their families. 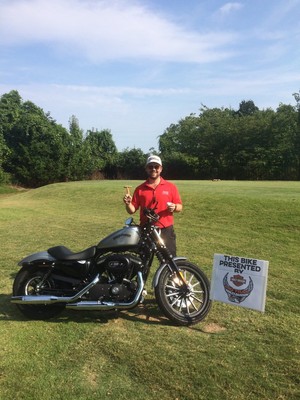 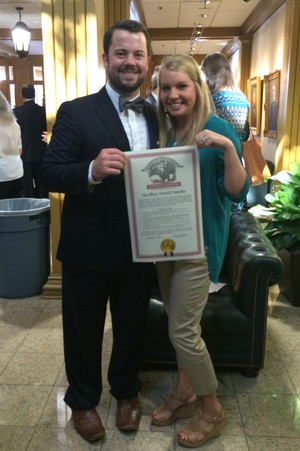 Geoff with his wife Moriah and his license to practice law. 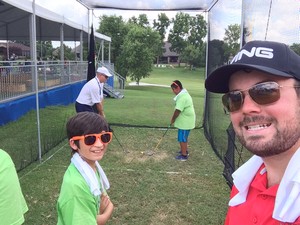