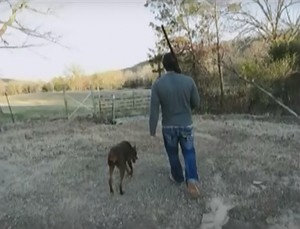 “God did not take our son; He received our son. A piece of equipment took our son.”  Susan Allen, Wade’s Mother

Wade’s parents divorced when he was young. Like most kids, this was a very confusing time. He was at his grandpa’s (Pop) house, a man he admired throughout his entire life. As his Pop recalls, “We were sitting on a tailgate of a truck in the driveway, and I told him ‘Son, you keep your life straight. You be good to your mom, mind your mom. And I’ll see that you never miss anything in life.” His Pop kept that promise up until Wade’s final day.

It’s hard to encompass an entire life in an article, even when that life was so young. So, we’ll let the people closest to him do the talking.

Wade’s been a roper ever since he got out of his diapers. I bought him a kid’s rope and kid’s rope bag to carry his rope in, and he wore his spurs and chaps. I had a horse, Scooter, that helped you train to rope, and he would ride Scooter and just have a ball. But there was a distraction: the lake in our front yard. You know, kids have a short attention span, so if the horse wasn’t doing right, he’d be out there fishing. He was always a cowboy.

When he was six years old, we were going to a rodeo. Now, if it was cold, we’d tell him to wear some warm clothes. He’d say, “I like it cold.” You know, just so he could wear whatever he had on. If it was hot, we’d tell him to put on some shorts and he’d say, “Well, I like it hot.” Anyway, we were on our way to the rodeo and he said, “I’m hungry and thirsty.” I asked him what he wanted when we got to the rodeo and he said “I want coffee and a hot dog.” He was six years old!

Wade was about 11 years old when his mother and I started dating. He was real, real quiet with me. I didn’t know how to take that, whether it was personal or just his personality. I finally got to take him out on the lake fishing and I found he could definitely talk! Once you got him on his subject, fishing or hunting, then he would open up with you – just like his grandfather.

What I really remember most about Wade was how good of a shot he was. I mean, he was amazing! It was always a fight to see who could sit by him, cause if he shot a duck you could always try and claim it.

Wade saved his money. He bought his first house when he was 16. And, he had his down payment. He did it all himself. He turned that house into a rental, so he had an income. He had a cash flow! But he didn’t keep any of it; he put it all toward the mortgage. He didn’t take any of the money until he got it paid off. And, when he did, he continued to save and eventually bought another house for himself. That was really impressive for a young man.

He’s seven years older than me, so for him to hang out with a little kid like me meant a lot. Every summer, I’d be sitting and waiting for him to pull up in his truck. There was no telling what that day would hold or the adventures we would have.

He really loved going to the gym, and I think he really had a lot of impact on people. They all said they respected his work ethic, and there’s not a lot of people you hear that said about them these days.

He was one of those guys who didn’t talk a whole lot but knew the most about anything. The guy was such a good boy. Everyone that’s been around him, there’s not a bad thing to say. Everybody was brightened by him.

We were always concerned about how we’d handle it if Pop died, and Wade was the one we were worried would take it the hardest. We never even dreamed it would be the opposite.

He could fix anything. His first toolbox wasn’t the kind you carry by hand, but the kind on rollers! And though I took care of him the first 10 or 11 years, he eventually took care of us! So, who are we going to call? I know that sounds silly, but whenever we got a new gadget, Wade would come over and tell us how to use it. He hooked up our TV, he hooked up the DVD … we’re lost.

There are countless more stories and memories about Wade and the caliber of man that was lost on March 31, 2013. As his obituary read:

Wade Walters was more than a victim. He was a friend. He was a brother. He was a son. He was.